They are the same person.

Thirty-five years ago, Richards won a major legal battle to play as a woman in the U.S. Open.

ESPN recently showed a documentary called “Renée”—about Renée Richards and the impact she’s had. Renée was truly a pioneer. People are still shocked by transsexuals today; imagine how difficult it would have been to fight that battle in public in the late seventies.

While she was definitely a pioneer, the saddest part is wondering what would have happened if Renée faced the same battles today. You would think that we would have made bigger strides by now. It’s unfortunate that we haven’t.

Have you seen Renée? What do you think?

Sharks are freaking scary. I know that they say to punch a shark in the nose if you get attacked, but seriously, who has the presence of mind to remember that when a hundred ton shark is coming at you? And how many of us can get back in the water after a shark attack?

On Halloween day, 2003, Bethany, a 13-year-old surfer, was attacked by a 14-foot tiger shark. The shark ripped off her entire left arm, right below the shoulder. She got back to shore and her friends’ father made a tourniquet out of a surfboard leash. By the time she got to the hospital she had lost 70 percent of her blood.

What’s even more amazing is that she was surfing just one month later. She taught herself to surf with one arm and then started surfing competitively. In 2004 she won an ESPY award for Best Comeback Athlete of the Year and won a “courage award” at the 2004 Teen Choice Awards. In 2004 she also wrote her autobiography, Soul Surfer: A True Story of Faith, Family, and Fighting to Get Back on the Board. 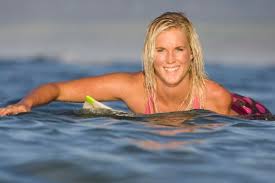 In 2005, she won first places in the National Scholastic Surfing Association National Championships. Then, in 2008, she began competing full-time on the Association of Surfing Professionals World Qualifying Series—that year she finished second against some of the biggest names in women’s surfing.

In 2011 the movie based on her life and book, also named Soul Surfer, was released. Bethany performs all the one-arm surfing moves in the film.

Bethany took a massive tragedy and turned it into so much more. She’s become a minor celebrity, and launched an entire career, which just goes to show that if you don’t sit around whining about how life is unfair, some good can come out of something so bad.

Mixed Martial Arts is thought to be a young man’s game. At least, it was. In 2007, 43-year-old Randy Couture came out of retirement to challenge 27-year-old Tim Sylvia for the UFC Heavyweight title.

Almost everyone thought Couture would lose, badly. In fact, most people thought he’d get seriously injured or maybe even killed.

Since this is under inspirational stories you probably can guess that he won. But, he didn’t just win. He dominated the much younger Tim for five full rounds.

The moral of this story? Age doesn’t mean a goddamn thing if you’re in shape. 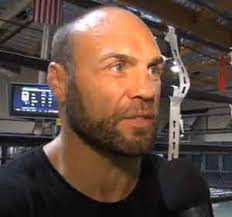 It’s impossible to write about inspirational sports stories without mentioning Lance Armstrong. He was diagnosed with testicular cancer in 1996 and told he had a 10 percent chance of survival. But Lance didn’t die.

Lance Armstrong has started Live Strong, an organization dedicated to everyone having a happy, healthy life.

Armstrong’s story is the ultimate story of survival. Not only did he beat death, but he pushed to be the best in every area of his life.

What can we learn from Lance? Never take “no” for an answer. 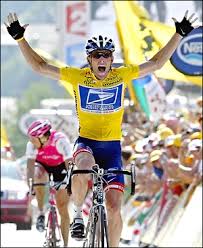